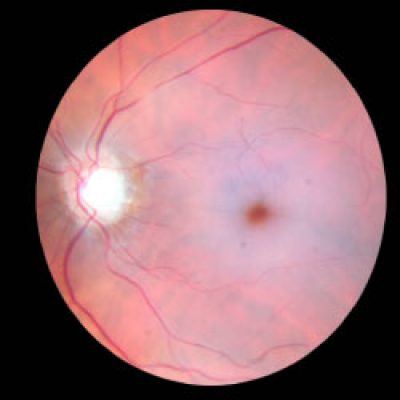 What is the cause of Central Retinal Arterial Occlusions?

Most commonly, a retinal arterial occlusion occurs as a result of an embolism (a mass, such as a blood clot, which has traveled down the bloodstream and lodged within a blood vessel thereby blocking the flow of blood). In younger patients, more common causes may include blood clotting disorders, migraine-associated spasm of the retinal artery, and trauma. The difference between a central and branch retinal artery occlusion is the location where this occlusion occurs (whether it is happens in the “main river” or the “streams” that flow from it).

About 2% of central retinal artery occlusions are due to inflammation of the artery (known as giant cell arteritis). Left untreated, this condition may eventually cause vision loss in the other previously unaffected eye.

How common is it?

The annual incidence of a central or branch retinal artery occlusion is about 1 case per 100,000 people.

Who does this condition usually affect and what are associated risk factors?

Most patients are over the age of 60, although it has been known to occur in the younger population. It is more commonly found in patients with cardiovascular disease, diabetes, atherosclerosis, and smoking. Other rarer causes may include vasculitis (inflammatory conditions affecting blood vessels), migraines, blood clotting disorders, and prolonged elevation of intraocular pressure.

What are common symptoms of a CRAO or BRAO?

You would typically experience a painless sudden loss of vision in one eye. The quality of vision for a central retinal artery occlusion (CRAO) is typically very poor, ranging from counting fingers to only light perception. This is because the central retinal artery supplies blood throughout the retina. A branch retinal artery occlusion (BRAO) causes vision loss that is more localized the portion of the retina supplied by that particular artery. In about 25% of patients, the macula (the portion of the retina responsible for detailed vision) is also supplied by another blood vessel, the cilioretinal artery, which will allow patients to retina useful vision.

How are retinal arterial occlusions diagnosed?

A fluorescein angiogram is a test (please refer to the pamphlet Fluroescein Angiography for more) which may be performed to demonstrate blockage of the affected artery. Other tests are often performed in conjunction with your primary care physician to identify systemic diseases associated with retinal arterial occlusions. These may include a carotid Doppler ultrasound, echocardiogram, and blood tests to diagnose inflammatory or blood clotting disorders.

What are treatments for retinal arterial occlusions?

The retina sustains irreversible damage when the blood supply has been blocked for 90 minutes. Other therapies such as hyperbaric oxygen and thrombolytic (clot-breaking) medications have been used in the past with mixed results and are currently not widely accepted.

What is the prognosis for retinal arterial occlusions?

Unfortunately, most patients have a significant decrease in vision. As this condition is essentially a stroke affecting a retinal artery, it will be necessary to see a neurologist and follow-up closely with a primary care physician. It may be necessary to perform additional testing and manage the systemic diseases are associated with this condition.