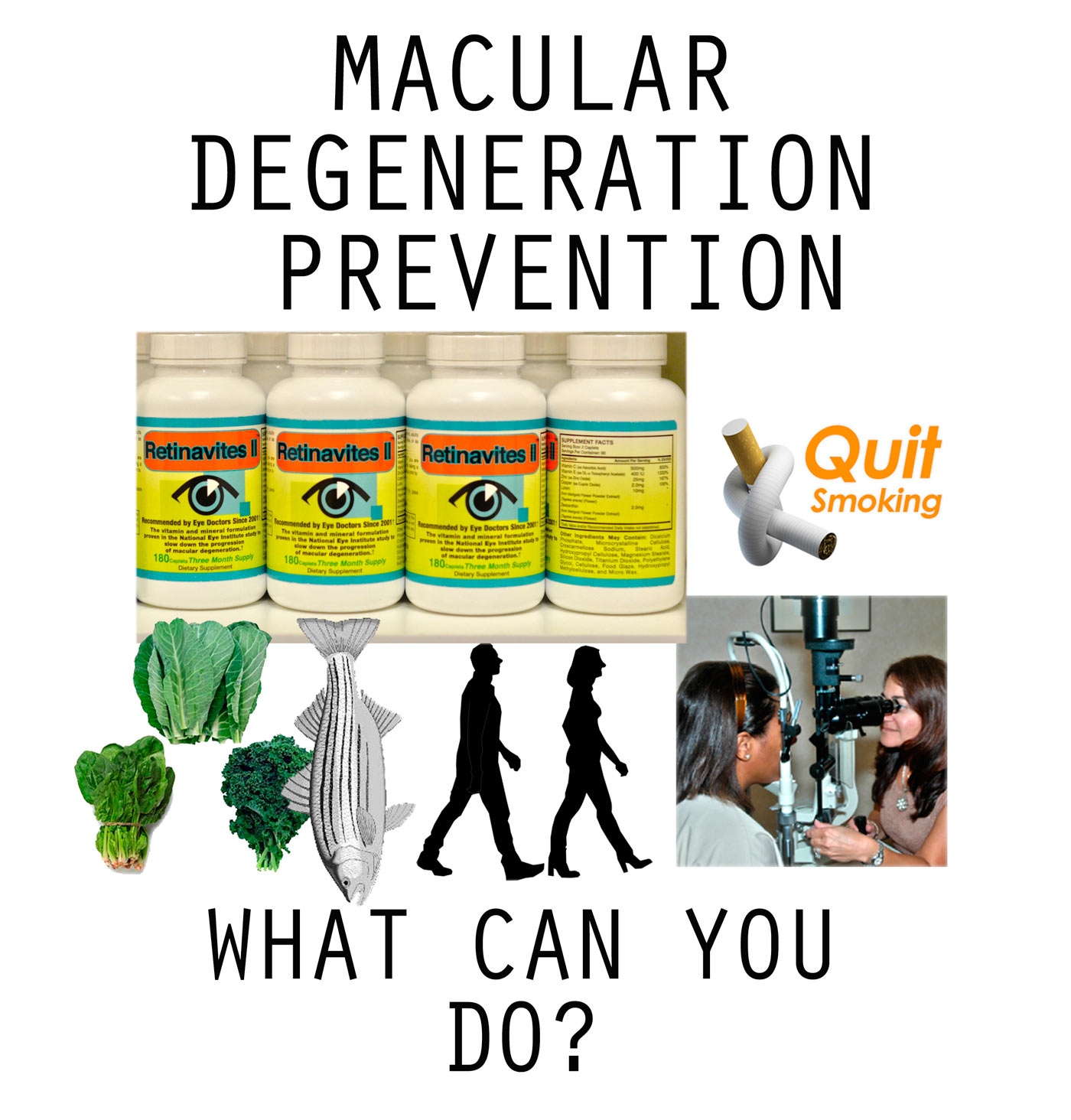 Currently there is no cure for age-related macular degeneration (AMD), however there are a number of things you can do to reduce your risk of getting AMD or slowing down AMD related vision loss. Macular Degeneration happens when a part of the retina called the macula is damaged. It is a progressive deterioration of the macula resulting in a gradual loss of the central part of a person’s vision.

What can you do?